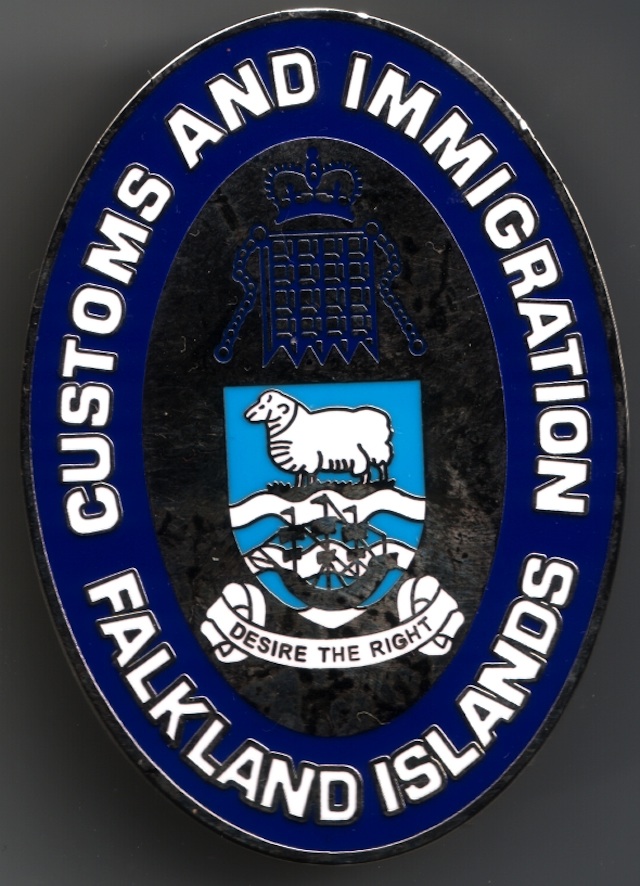 The Falkland Islands (Spanish: Islas Malvinas) are an archipelago in the South Atlantic Ocean, located approximately 250 nautical miles (460 km; 290 mi) from the coast of mainland South America. The archipelago, consisting of East Falkland, West Falkland and 776 lesser islands, is a self-governing Overseas Territory of the United Kingdom.

The capital, Stanley, is on East Falkland. Ever since the re-establishment of British rule in 1833, Argentina has claimed sovereignty. In pursuit of this claim, which is rejected by the islanders, Argentina invaded the Falkland Islands in 1982.

This precipitated the two-month-long undeclared Falklands War between Argentina and the United Kingdom and resulted in the defeat and withdrawal of the Argentine forces. Since the war, there has been strong economic growth in both fisheries and tourism.

The principal objectives of the department are the provision of efficient and effective customs and immigration border protection services; the collection of a broad range of service fees, import duties and other related taxes plus the facilitation of international trade through the exercising of import and export controls and provision of relevant export / origin certification.

The registration of ships and related crew matters and those of Receiver of Wreck also come under the department's remit. Eleven permanent plus fourteen casual / temporary staff carry out the department's functions from their office premises based in Stanley. Estimated revenue and operating costs in respect of financial year 2009 / 2010 are £330K and £3,400K respectively.